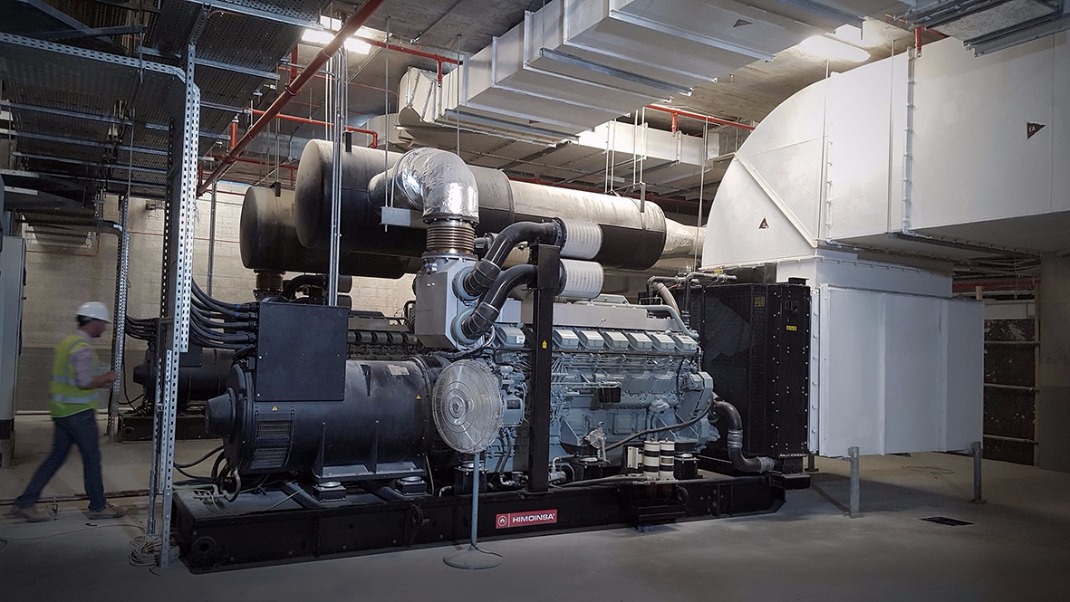 Special configuration: Redundant emergency power supply with a 7-second start-up synchronised to a Dead Bus. Assumes 100% of the load in one single step. Redundant control panels.

Doha Festival City, a world-class destination in Qatar celebrating the best in entertainment, retail and hospitality, has ensured the continuity of its power supply by installing generator sets that start up in record time in the event of a failure in the electricity grid.

Occupying 670,000  square metres in the very heart of the Middle East, Doha Festival City will be home to more than 500 stores, including over 100 restaurants, and a world-class entertainment complex, with both indoor and outdoor attractions unique to Qatar. This comprehensive mix of entertainment– from Qatar’s first VOX 4D cinema complex with 18 digital screens, to four unique theme parks, including “Angry Birds World”, “Snow Dunes” - Qatar’s first indoor snow park, “Juniverse” – an edutainment park for children and “Virtuocity”  which has been created exclusively for teens and adults.

With footfall expected to exceed 1.6 million people per month, safety and the proper operation all business units at Doha Festival City will heavily rely on a system capable of supplying power in the event of an emergency. Not only that, such a system must meet the requirements that the Qatar Civil Defence has envisaged for public spaces.

To feed such a huge complex and to respond quickly in the event of a power cut, HIMOINSA has supplied five generator sets, which each supply 1.736 kVA of stand-by energy. Thanks to a detailed programming study of its control units, and after having subjected the units to multiple highly demanding tests, HIMOINSA is able to guarantee a synchronised start-up in just seven seconds, which in fact exceeds the project's technical specifications.

Five HTW-1745 T5 generator sets that supply a total of 8.7MVA of stand-by power and respond seven seconds after any power failure. The units feature Mitsubishi engines and Stamford alternators that have been oversized and fitted with sophisticated control systems that synchronise the gensets. The gensets are also prepared to work in a maximum ambient temperature of 55 degrees centigrade.

“The biggest challenge of this project”, states Terry McGuire, FAMCO Regional General Manager, “was to meet the stringent requirements of Qatar Civil Defence.  We needed to prove that all the gensets would be able to run from a dead start, synchronise and produce power within ten seconds. We managed to show this by the factory witness test, where we achieved 7.8 seconds and we also proved the same results on site.”

HIMOINSA's technical team subjected the five generator sets to a stringent test protocol, pushing the units to the limit of their operational capacity, to predict and guarantee a suitable response. Massimo Brotto, HIMOINSA Sales Engineering Manager, assures us that “we measured both the synchronisation times and the quality of the voltage and the current. We ran single-step load impact tests at 100%, guaranteeing a stable and rapid recuperation. We also simulated all the possible combinations of breakdowns to ensure that the system would respond in the event of a failure. And we did not endorse the tests until we had established that the units were reliable in all these situations”.

The PI734E alternator has been oversized to 1900kVA and fitted with a programmable Digital Voltage Governor capable of providing an extremely quick response. Also, at the mechanical level, we guaranteed the temperature controls in the bearings and the winding so that they can operate safely and continuously, even for longer periods of time, were that to prove necessary. 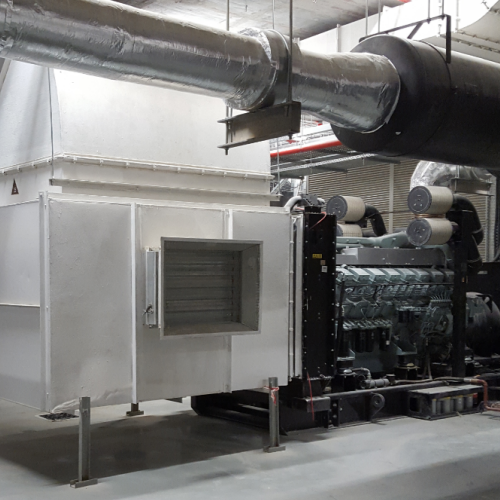 The gensets feature Mitsubishi S16R PTA engines and Japanese technology, fitted with a Woodward speed control that guarantees a quick and reliable response.

All the engine's vital parameters such as the oil pressure, the temperature of the water or the oil or the exhaust fumes are measured continuously and they communicate with a monitoring system that controls the condition of the engine.

To ensure a fast response in the event of a grid failure, a water pre-heating system was added, as was a battery charger that ensures maximum efficiency.

HIMOINSA has used Deep Sea control units that allow the units to sync directly with a Dead Bus, thereby saving time manoeuvring the motorised circuit breakers in each generator set. The control systems are also connected to a PLC that handles the running of the generator sets and their interactions with the shopping complex's distribution system.

"To consider a complex project like this, we needed the full support of the HIMOINSA Engineering team, as the requirements are enormous and highly technical".

"What we look for is a large international supplier who can deliver when we need it and also work with us with all the complex issues that arise during the development".

"When selecting partners and suppliers for the project, we looked for reliability, the ability to deliver on their promises and an excellent customer service. When you have a large project like this that runs on a tight schedule, power supply is extremely important and the ability to meet the requirements of the projects at all times to ensure no power supply cut offs is essential".